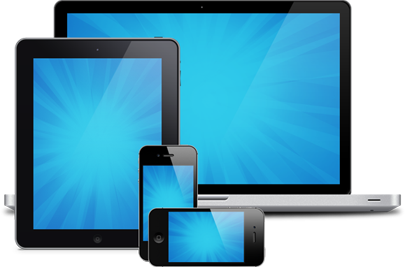 According to Wikipedia
Bootstrap was developed by Mark Otto and Jacob Thornton at Twitter as a framework to encourage consistency across internal tools. Before Bootstrap, various libraries were used for interface development, which led to inconsistencies and a high maintenance burden. According to Twitter developer Mark Otto:

“A super small group of developers and I got together to design and build a new internal tool and saw an opportunity to do something more. Through that process, we saw ourselves build something much more substantial than another internal tool. Months later, we ended up with an early version of Bootstrap as a way to document and share common design patterns and assets within the company.”[

Starting with Version 3 of bootstrap they completely re-done and made bootstrap a mobile first responsive layout. If you think about it, this makes sense. If you design for the smallest of screens, ie, a smartphone or tablet, the site will adapt and respond gracefully at higher resolutions. What this really means is your website will look, adapt and perform well at all screen resolutions.
A couple of styles and shortcuts to see how they look and respond on your desktop and mobile take a look at the following page examples.
http://www.ciop.com/bootstrap-shortcodes/
http://www.ciop.com/bootstrap-styles/